Dear fellow writers and readers, and other random people. I must say this again.

I’m not much of an inventor.

I’m needing some help from some creative, technologically-inclined people right now. I need you to comment and share…

Ideas for technology in the future.

And I’ll need to put them in my new novel.

Thanks to your help with character names, all of my characters have names that are either (a) made up, (b) are altered to fit the time period, or (c) sound like futuristic names. Now I need inventions for the future world. The only things that I’ve figured out so far are really, really, really tall buildings, hover cars, super-fast transporters, and lights that simply float and aren’t connected to anything. And I’d love to have you help me come up with more futuristic inventions.

Caution: There may be a few spoilers in this post, or, if you’re like Sherlock Holmes, you could deduce spoilers from things I say in this post. Just sayin’.

Have you ever noticed that it’s impossible to believe that people are actually dead in superhero movies?

I’ll admit that the same problem occurs in other movies, too, and in books fairly often. Or is that just my imagination? It’s not.

Sherlock Holmes, for example. He “died” in the books, and he “died” on the BBC Sherlock show (Which I have not watched, but I know quite a bit about thanks to a few friends. *wink* And a past post I reblogged.)

And then, of course, there’s all those minor characters in the superhero movies that supposedly die but don’t. Sometimes main characters, too, like Captain America, although we know that something’s up from the beginning of the movie. You can almost never believe that people are actually dead in those movies.

But you know what’s cool? That’s happened in real life before, too! All those people that are raised from the dead, like Lazarus. (We don’t know the names of most of them.) But the best coming-back-to-life episode? Jesus.

Unlike in superhero movies, Jesus really died. And then he came back to life. He conquered our sin by suffering the worst death the Romans could invent, and then he rose again, conquering death itself. He love us that much. 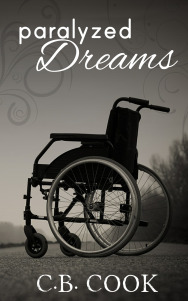